Google Pixel 2 and Pixel 2 XL are significantly better in every respect than their processors and offer unique software extras. How do you score in the test?


Because Google does not have its own manufacturing capacity, it works together with partners who take over the production according to specifications. The Pixel 2 is made by HTC , the Pixel 2 XL by LG. The fact that both companies have many years of experience in this area can be felt immediately: the housings, which have been milled from one piece of aluminum, are excellently processed and convey stability and longevity; Thanks to IP67 certification, they are protected against temporary submersion in water. Both models are available in black and white, the smaller pixel is a blue color variant. Important to know: The painted surface is rougher and gripper on the black version than on the white and blue ones.

While the feel is completely convincing, the design at the smaller Pixel 2 gives rise to skepticism. Because Google leaves above and below the display wide margins that no longer want to fit quite a modern phone and make the smartphone for a 5-inch model comparatively large. In addition, the front glass is barely arched towards the edges – this inconspicuous curve conveys additional elegance and is down to the middle class actually standard. With its flattened front glass and the wide edges, the pixel does not leave a cheap impression, but who has it in front of him, does not come up with the idea that its price starts at 799 euros.

The XL model does it better: The front is completely filled by a long drawn 18: 9 display. With this Google joins the current trend towards the rimless smartphone and moves on a par with the competition. The Pixel 2 XL is 939 euros in the 64 GB version, however, much more expensive than a Huawei Mate 10 Pro (RRP: 799 euros), which is equipped with twice as much memory. The memory size is particularly important here, because both Huawei and Google waive a memory expansion via micro SD card – so you have to cope with what is offered.

The displays offer with their high resolution (Pixel 2: Full HD, Pixel 2 XL: QHD +) and the OLED technology a very good presentation quality. With the Pixel 2 XL however with a restriction: The problems discussed in the Internet – a reduced color representation and a “burn-in” of pixels – we could not understand in our test, because Google has distributed a software update, which raises the color saturation and prevent burn-in (presumably also by realignment of the pixels in intervals). However, the clearly declining color fidelity in the oblique perspective was not removed from the world. As soon as you angle the display and do not look straight at it, the white point shifts significantly towards a cool shade of blue – the OLED has a blue cast. The smaller pixel 2 does not experience this problem.

Under the display, the Snapdragon 835 in both candidates tinkers with Qualcomm’s latest top processor flanked by 4GB of RAM. The performance is great and leaves nothing to be desired. In contrast to the connectivity: Both pixels lack a jack for connecting conventional headphones, but at least Google puts a corresponding adapter in the box. Apart from that, with Bluetooth 5.0 and ac-WLAN all important standards are available, thanks to LTE Cat 15 ultra-fast data transfers with up to 800 Mbit / s are supported. A strong impression is also the powerful stereo speakers, the Pixel 2 XL – also due to the larger resonator – even more buzz. 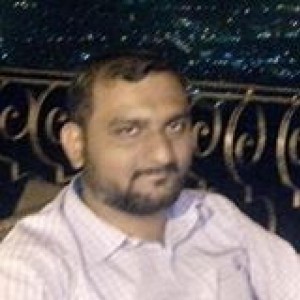 Top 10 Best Cruise For Singles To Hook Up Comparison